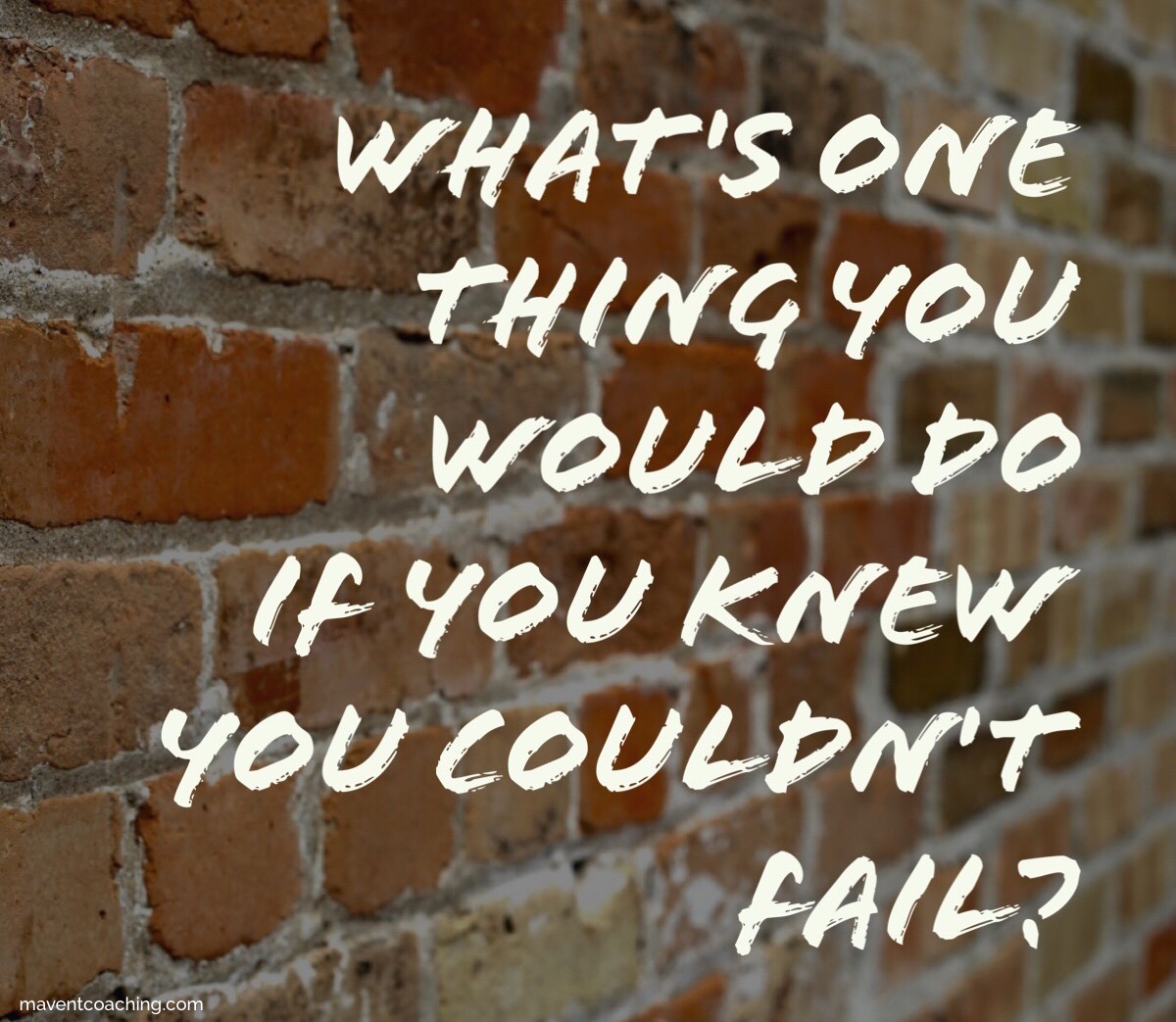 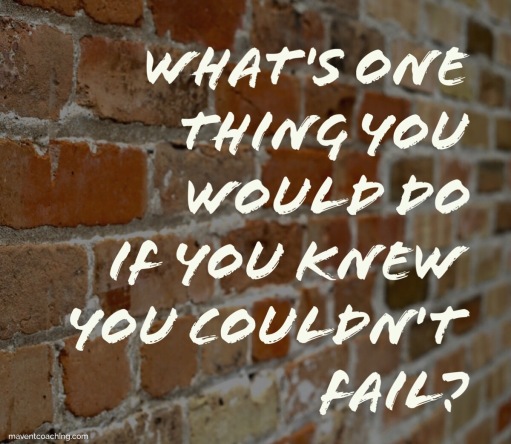 “What’s one thing you would do if you knew you couldn’t fail?” I saw this question posted on another website this week, and it’s been gnawing at me. I had an online conversation with a friend about it today, and she mentioned often feeling paralyzed by fear but didn’t think it was about failing. So, if not failure, of what are we afraid?

Often, behind our fears of putting ourselves out there or trying new things is some type of scarcity message. Brené Brown talks a lot about scarcity in her writings, and basically it’s the “not enough” messages that bombard us from all directions. If I write this book, it won’t be good enough to get published… I’m not smart enough to start my own business… I don’t have enough time to paint, and even if I did no one would like my work…

Maybe we don’t think of our “not enoughs” in terms of failing because we can’t see far enough past them to imagine having the opportunity to fail. And, I use the word ‘opportunity’ for a reason. At least if we fail at something, we know we tried. If we can’t get far enough past the scarcity messages to even try, of course we can’t imagine failing!

We all have those messages that create fear and often prevent us from going after what we really want and who we want to be. So, what do we do?

I was reminded today of a counseling technique developed by psychologist, Alfred Adler, whereby he would encourage his clients to behave as if they were already the person they wanted to be. So, if someone was struggling with lack of confidence, he would urge them to act “as if” they were already confident. I guess in some ways it’s similar to “fake it ’til you make it,” but I think it’s more than that. The technique requires the client in this example to reflect on how her life would be different if she were confident. How would she feel? How would she behave? What would she do differently? How would she carry herself? etc. Then, she’s encouraged to behave as if she is already confident, as if her life is already different.

I think this is fascinating! And brilliant! What if my friend writes her book “as if” it’s already been picked up by a publisher? How will that change her motivation? How will it affect her fear? What if an aspiring artist paints as if her art has been commissioned by the Louvre (or a local gallery if that’s in line with her goal)?  What if we squelch our scarcity messages by acting as if we are just the opposite? I’m not smart enough becomes, I’m going to act as if I’m totally smart enough to run my own business. And, the key to this technique is in the action – acting as if – not thinking as if. Thinking doesn’t cut it. So, how would I behave if I were running a successful business? How would my day be structured if I owned a thriving company/home business, whatever? How would I interact with others? See how it works?!?

How would your life be different if you were an artist, writer, business owner, (insert your dream here)? What have you got to lose by acting as if it’s already true? Try it with me and let me know how it’s going! Think of it as an experiment, which it essentially is. I’m in. Are you?